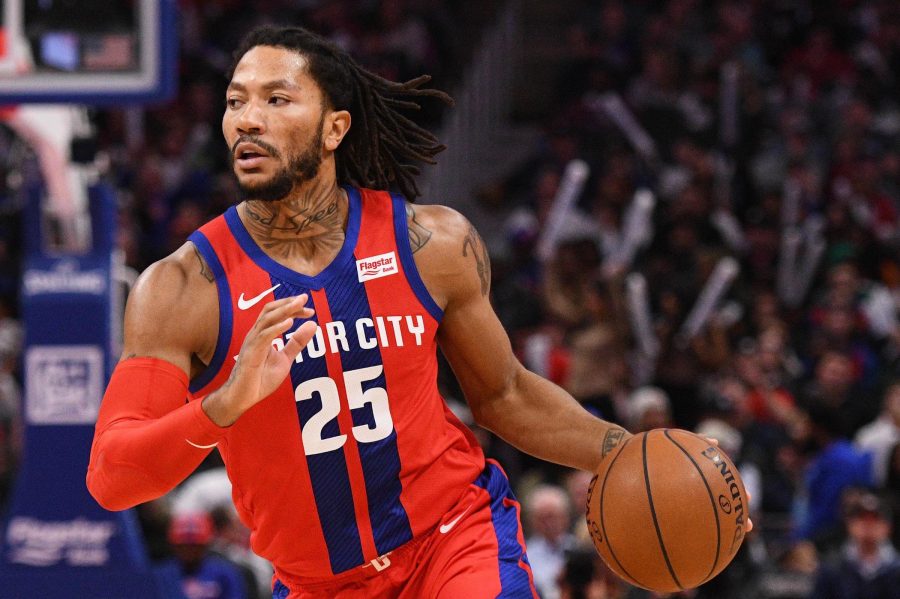 The Lakers talked to the Pistons about a Derrick Rose trade before the February deadline, and a deal is more likely now that the offseason has arrived, according to Sean Deveney of Heavy.

The teams never got close to reaching an agreement, Deveney adds. L.A. offered Alex Caruso and a draft pick, but Detroit was asking for Kyle Kuzma. He adds that even if the Lakers were willing to part with Kuzma, the Pistons may not have said yes. Rose wanted to stay in Detroit, and the front office believed Rose’s trade value would rise after the season ended.

“I think both sides were reluctant when they went into in January, February,” an unidentified general manager told Deveney. “I don’t think the Lakers wanted to make a major move because they thought they could do something on the buyout market. And I don’t think the Pistons wanted to make a major move because Derrick was happy there. You know, the Lakers wanted to be involved in case the Clippers got involved or someone else, the Bucks or the Nuggets, whoever. So there was interest but not too serious. Now, everything has shifted a little. Now, they’re both in a position to where a deal is much more likely.”

The Lakers addressed their backcourt depth by signing Dion Waiters and J.R. Smith, but neither saw much playing time in Orlando. The team is in need of guard help again as Rajon Rondo and Kentavious Caldwell-Pope both opted out of their deals for next season. Deveney notes that Rondo may return if he’s willing to accept a one-year contract, but Caldwell-Pope wants a longer deal that the Lakers may not be willing to offer.

Detroit has taken steps toward rebuilding since those winter trade talks and may be more comfortable with giving up Rose. The Pistons traded Andre Drummond to the Cavaliers at the deadline and reached buyout agreements with Reggie Jackson and Markieff Morris.

Deveney believes the Lakers may be more inclined to move Kuzma now because he’s headed for restricted free agency next offseason. The team is preserving cap space for the 2021 free agent class in hopes of adding a player such as Giannis Antetokounmpo or Bradley Beal, and giving Kuzma a rookie-scale extension would interfere with that plan.