After being named the G League’s Most Valuable Player and Rookie of the Year on Monday, Delaware Blue Coats forward Paul Reed – who is on a two-way contract with the Sixers – headlines the All-NBA G League First Team, as the league announced today in a press release. 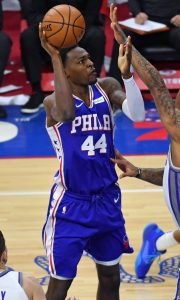 That’s a common theme for this year’s All-NBAGL teams. The majority of the 15 players named to the three squads are either currently under contract with NBA teams or have past NBA experience.

Of the 18 players who earned a spot on one of the G League’s All-NBAGL, All-Rookie, or All-Defensive teams this year, only four – Brissett, Uthoff, McCall, and Payton – haven’t been on some form of standard, two-way, or 10-day NBA contract since the ’20/21 season began. All four of them have previous NBA experience.