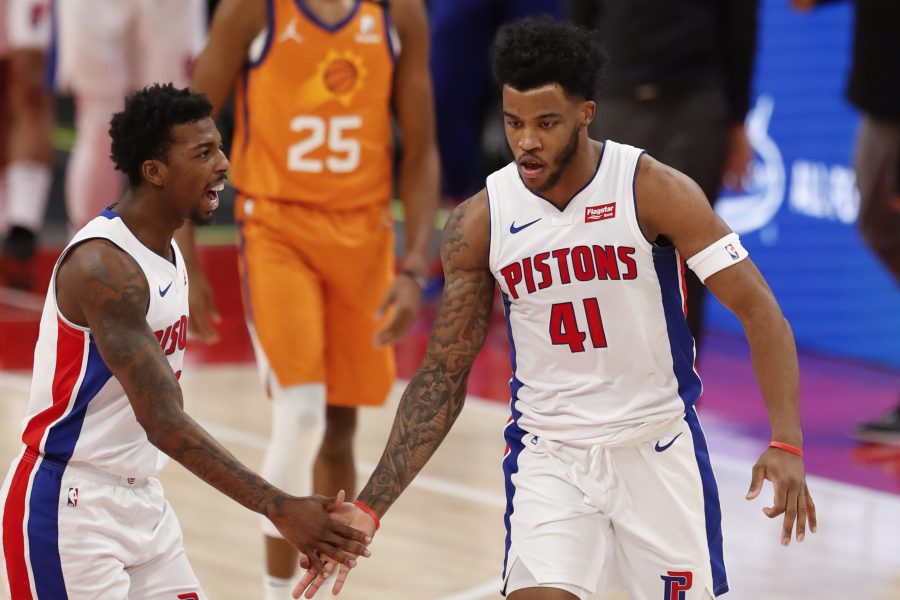 Saddiq Bey is making the Pistons look wise after they engaged in a three-team deal to land the No. 19 pick in the draft, James Edwards of The Athletic writes. The rookie forward from Villanova was averaging 10.4 PPG and 45.7% from 3-point range entering Sunday’s action, though he needs to do a much better job finishing around the rim, Edwards notes. Bey has also display uncommon maturity and has elevated his play in crunch time, Edwards adds.

We have more from the Central Division:

How Detroit Pistons’ Sekou Doumbouya is ‘taking steps’ even if he isn’t playing much
Observations: Grant’s early performances with Pistons make him an All-Star candidate
How Detroit Pistons can use G League bubble to their advantage
Jerami Grant game-winner ruled late, Detroit Pistons lose heartbreaker to Rockets, 103-102
Detroit Pistons vs. Miami Heat: Photos from South Beach